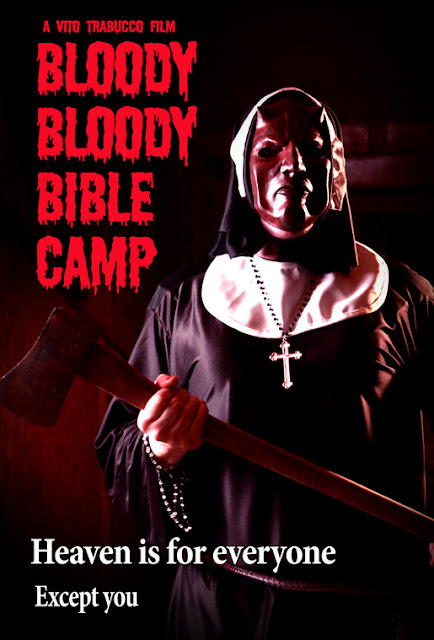 I like 80’s slashers. They’re straight to the point. The guys are all after sex, the girls get their points (in more ways than one) and then they both get the killers point! Now that retro horror is making a comeback on the indie front, we are getting lots of throwbacks. I have to say, Bloody Bloody Bible Camp is definitely an interesting one.

The film plays like an homage to yesteryear and does so with love. The characters seem pretty authentic (for an 80’s style slasher anyway) and Reggie Banister is great as always! The cast also includes Elissa Dowling as Betty in the 70’s part of the film and I would have like to see more of her (acting that is). She is truly awesome on screen. 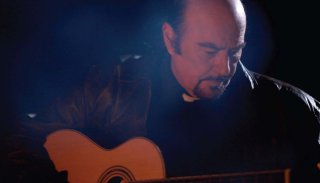 My gripe is that in the last third of the film it seems to slip from lighthearted and silly to out and out parody as the characters turn into caricatures and Jesus arrives in the form of Ron Jeremy! OK, Ron Jeremy as Jesus may have seemed like a good idea on paper, but it plays like a joke during a drinking session that the wrong person took way too serious. Next thing you know, phone calls were made and deals were struck.

Oh well, it’s definitely a fun time and worthy of some pizza and alcohol consumption. You could do worse any day of the week. At least Ron keeps his clothes on this time. Check out the making of feature below: